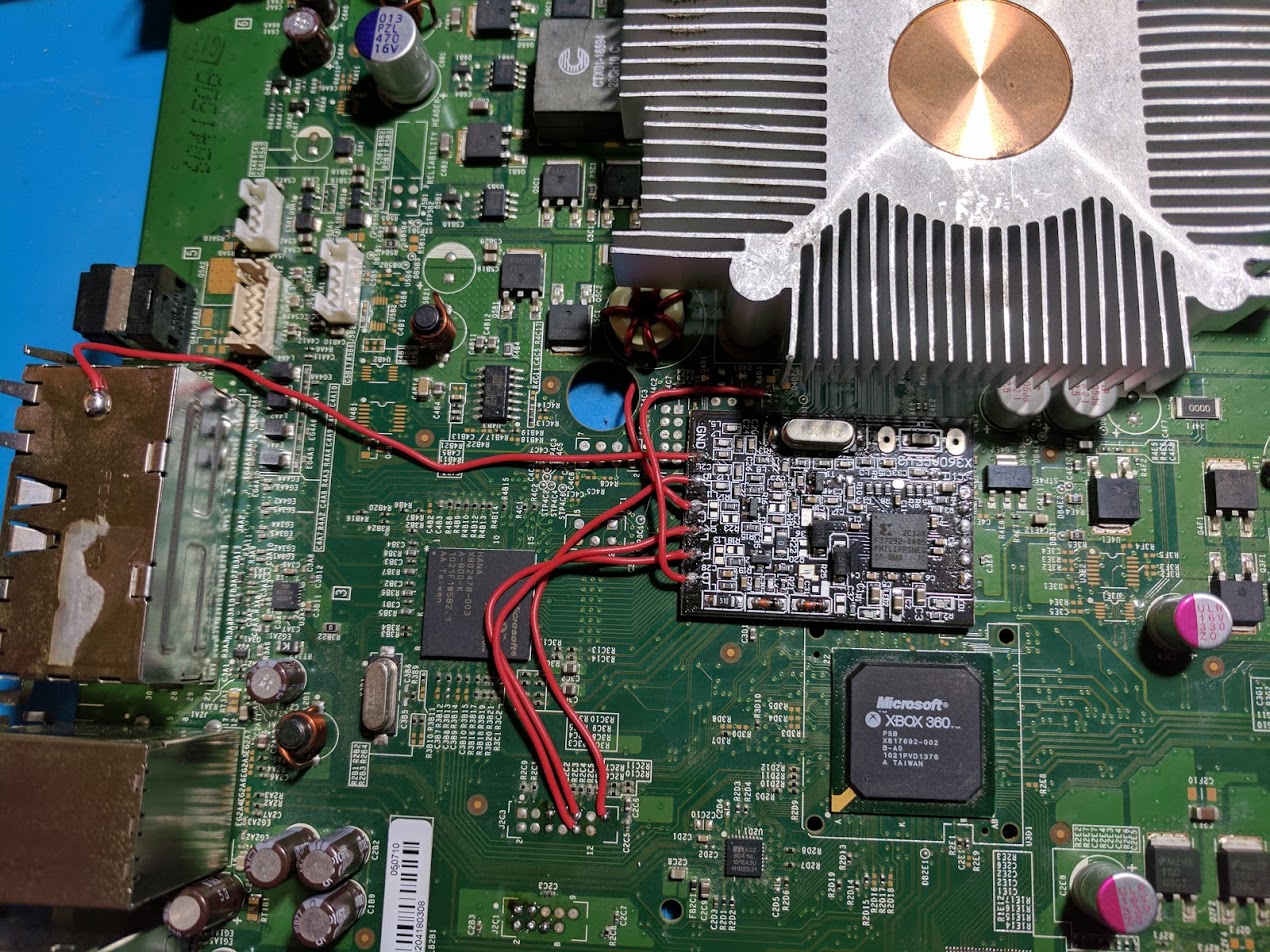 Out of the three seventh generation consoles that I have modded, I found the Xbox 360 to be the hardest to hack, mostly because of how hard it was to find current tutorials. Forums are filled with outdated information, and there are just so many different modchips, console revisions, and methods of hacking. I wanted to know how I could mod my Trinity console into a Trinity RGH console.

This post covers the process of doing an RGH2 mod on my Xbox 360 S Trinity console as cheaply as possible. Most guides mention buying expensive NAND programmers, glitch chips, QSB’s, and other specialized parts. I’ll be using a cheap $7 modchip, along with several dollars worth of electronics that you might already own. [Read More] 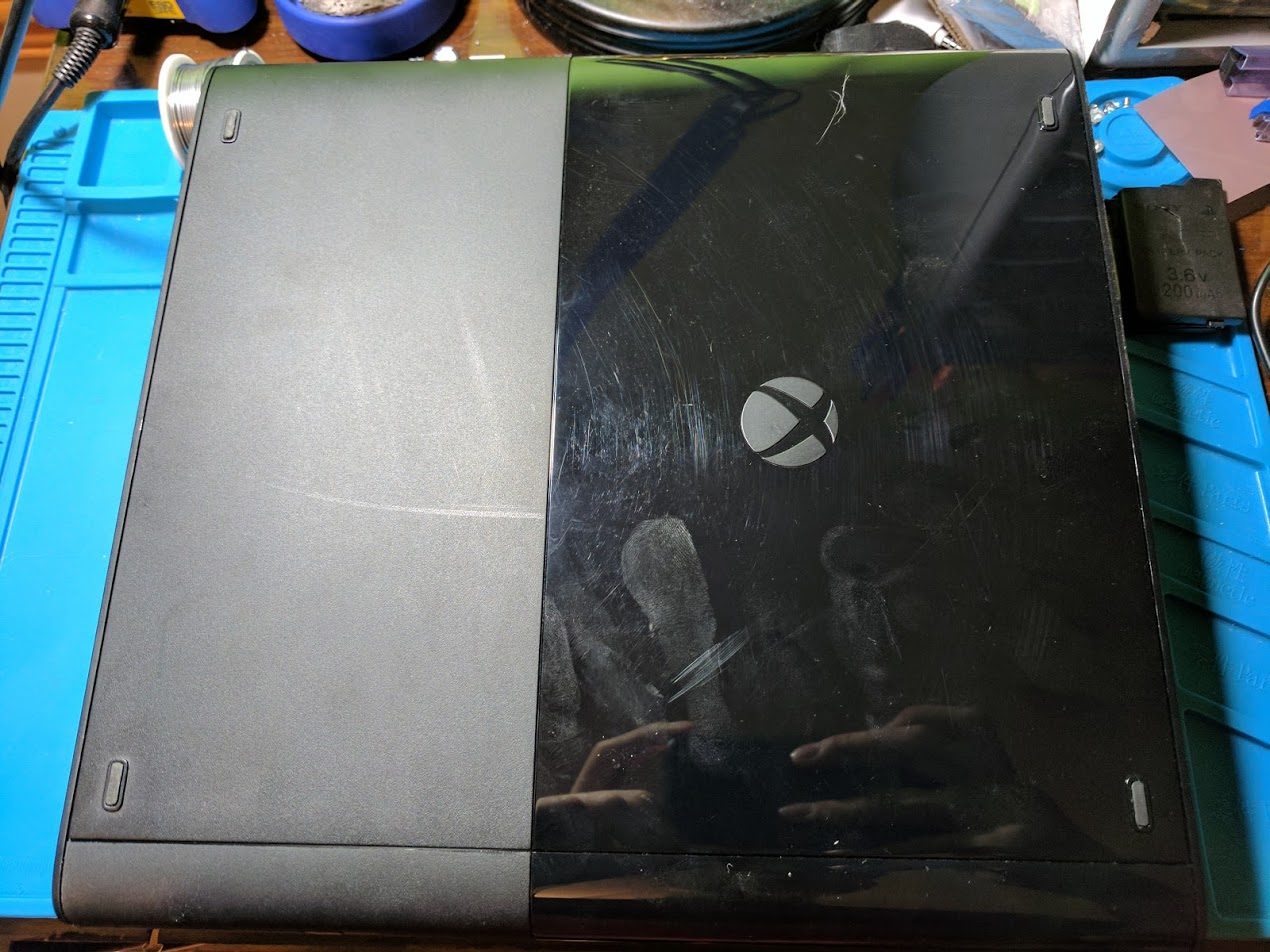 In my last two teardown guides I covered taking apart a PSone, and a PS2 slim. This post is similar, but for Microsoft’s second slim revision of their Xbox 360, the Xbox 360 E. My goal is to have an Xbox 360 E teardown guide that’s more complete than the others available online. 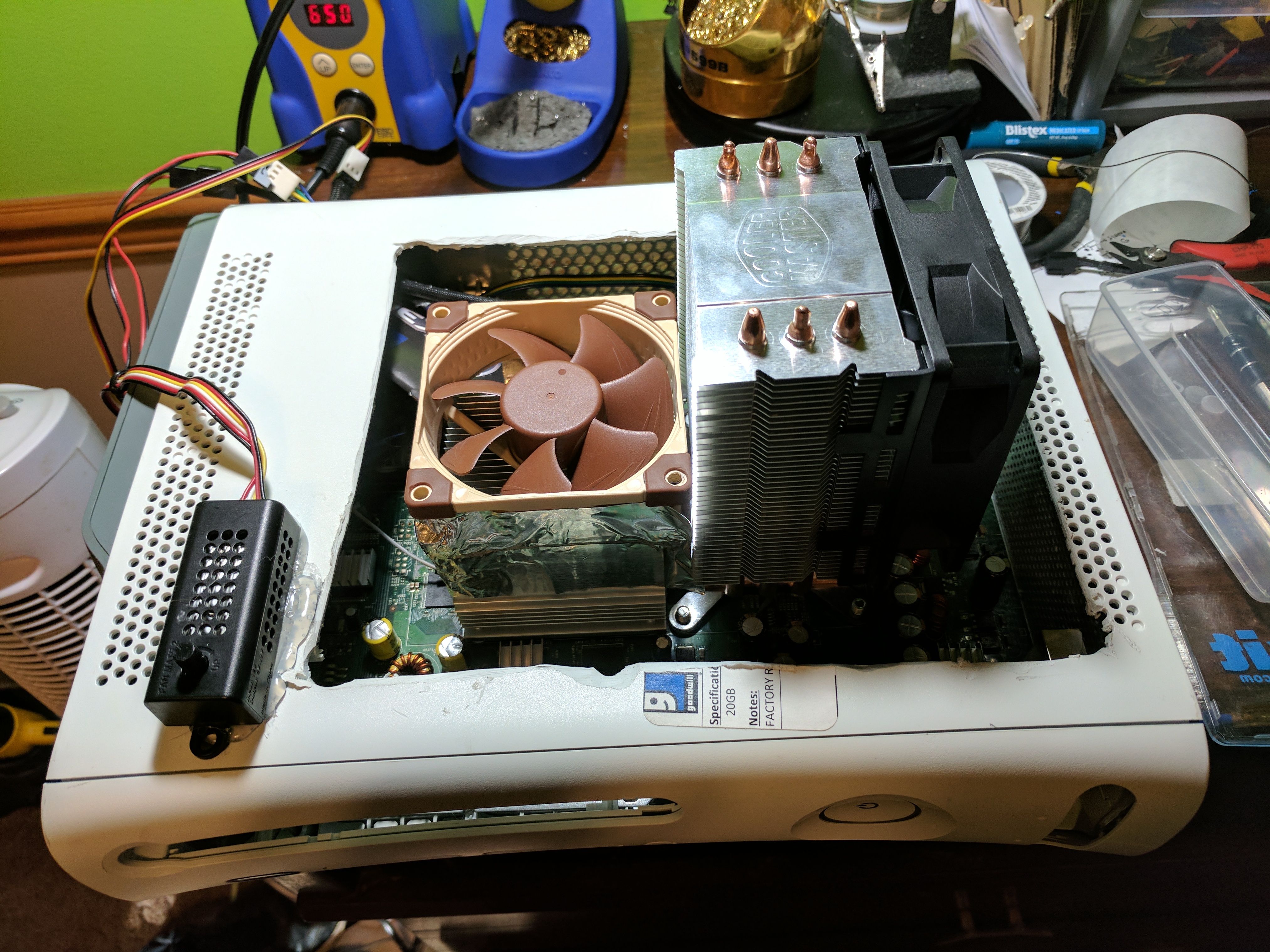 In a previous post I wrote about the many heatsink options for the fat Xbox 360 consoles. I focused on the official heatsinks that Microsoft used. I was able to improve temperatures using newer heatsinks, but I still wanted to look into better cooling options. In this post I’ll be covering installing a PC heatsink onto an Xbox 360.

Here’s a list of items you’ll need for installing a PC heatsink onto an Xbox 360.

Those items are specifically for the final mod that I ended up with. I used the Xenon CPU heatsink for the mount of the new CPU heatsink, and the Hyper TX3 for the heatsink itself. You can make your own mount, or use any other PC heatsink as long as it fits. [Read More] 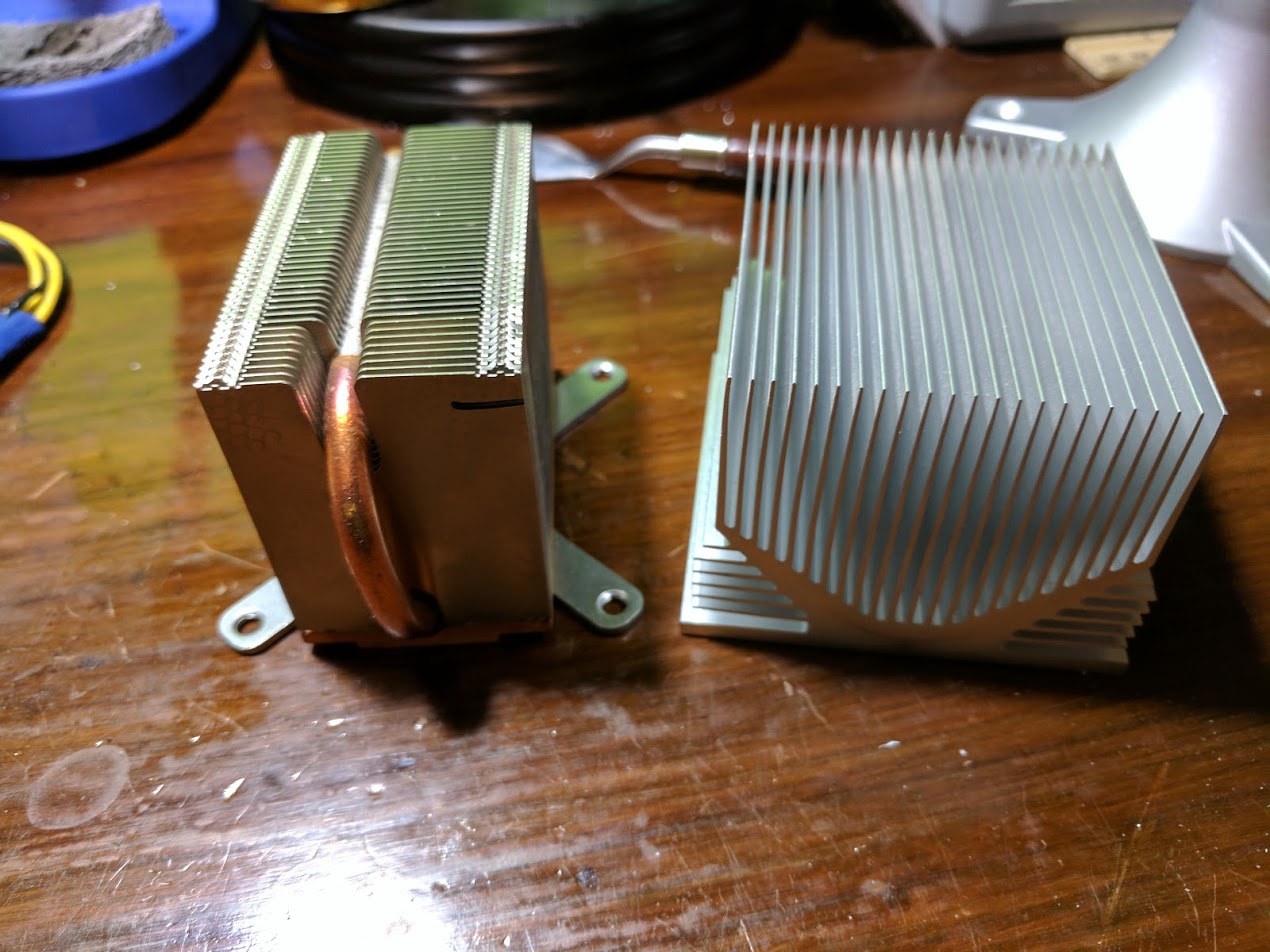 After making my fat PS3 nearly silent, I wanted to make my Xenon Xbox 360 as quiet as possible. Right now I’m in the process of attaching a computer heatsink to my console, but before I write about that, I should probably write about all of the Xbox 360 heatsink options.

Xbox 360 revisions, and their heatsinks

Microsoft’s first Xbox 360 revision was called Xenon. It featured a very short, but long and deep aluminum fin heatsink on top of the graphics chip. On the processor there was a beefier heatsink with a copper baseplate, heat pipes, and many aluminum fins. [Read More] 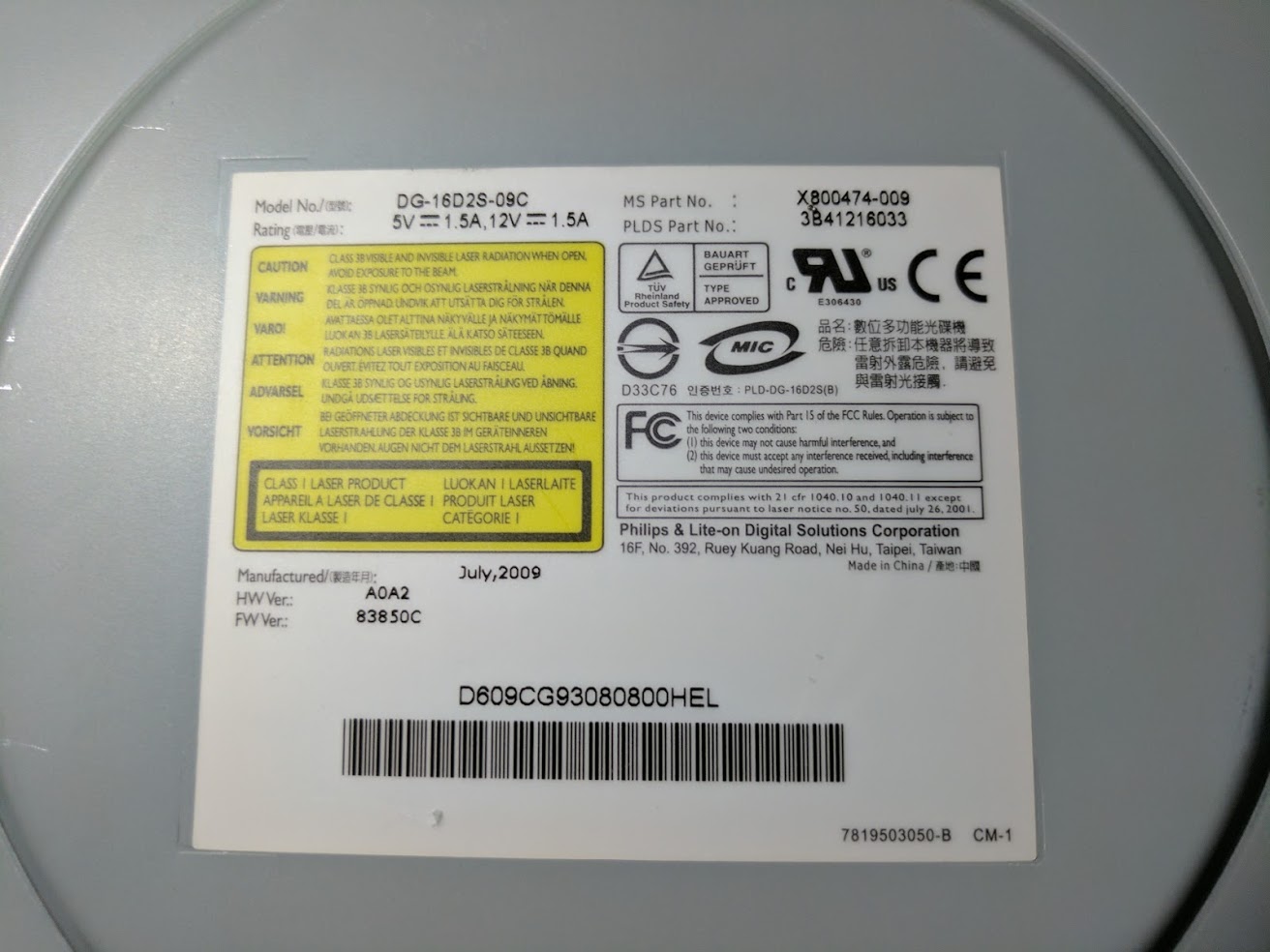 Every Xbox 360 has a special key that is stored on the DVD drive, and the motherboard. This key is used to prevent modification to the console. In order to flash a custom drive firmware, use an ODE, or replace the DVD drive, you must first obtain the key from the original DVD drive. This is a guide on how to extract the Xbox 360 DVD firmware key using household items.

If you search Google for how to get the DVD key from an Xbox 360 you’ll find that most tutorials say that some sort of external device that you have to buy is required. Common hardware devices include the Team Xecuter X360USB, and Xecuter CK3i. Additionally some drives require special probes to be flashed. [Read More]