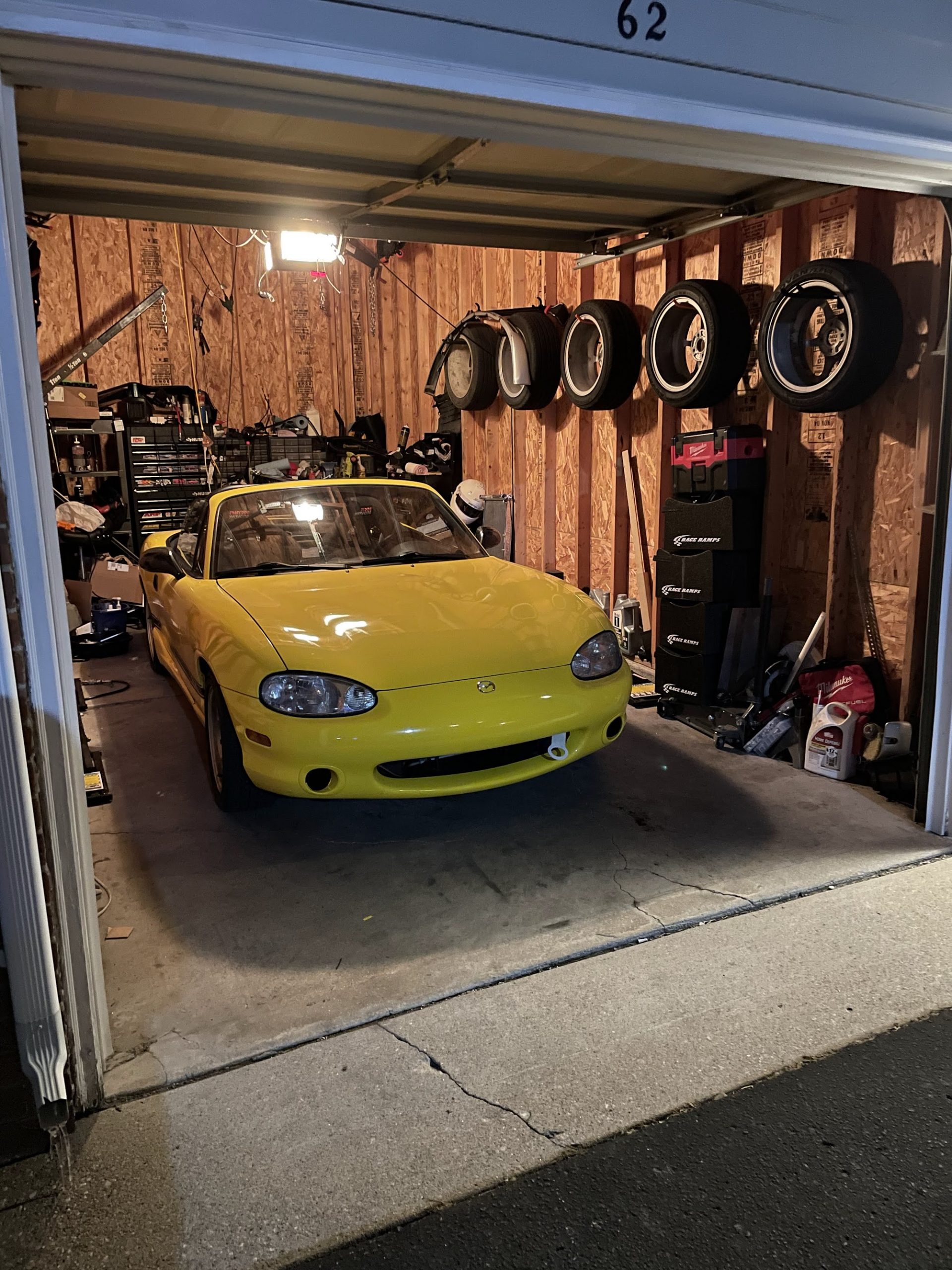 I’ve been writing a lot of posts about my NB Miata. This is a less content heavy and more photo heavy post about my first twelve months of owning my NB Miata. I purchased it in late March 2021, so that’s where this post starts. A single photo is included for each month of ownership, along with a short description.

I purchased my 2000 Mazda Miata on March 19, 2021. Below is the first photo I took of my NB Miata after bringing it home. From the moment I first sat in and drove the Miata I knew it was something special. They may not be fast (at least in a straight line with a stock engine), but they are very fun and can be modified to do pretty much anything. I think a lot of it comes down to the size and weight of the car, a small and lightweight platform is a really good starting point. My NB is also old enough that you still have a lot of the rawness you don’t see in modern cars, but without some of the downsides of really old cars. [Read More] 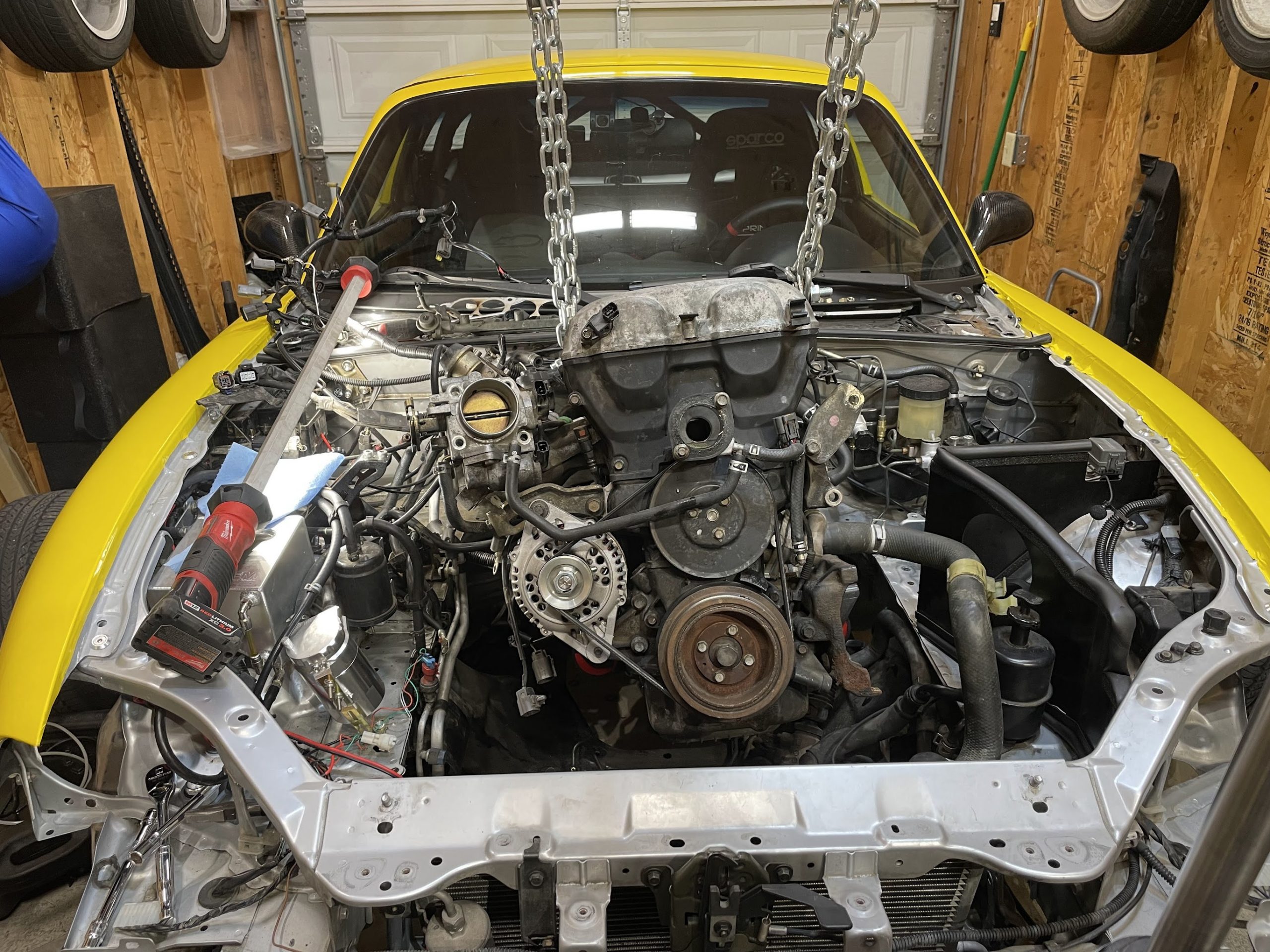 Here are the factors that lead me to pulling the engine:

I was able to remove and reinstall the engine in my Miata by myself without too much difficulty. Removal was super easy, you really just need to disconnect everything and lift the engine out of the car. Installation was a little trickier since the engine needs to be aligned correctly for the engine mounts to slide into their mounting points, but it was still doable. [Read More] 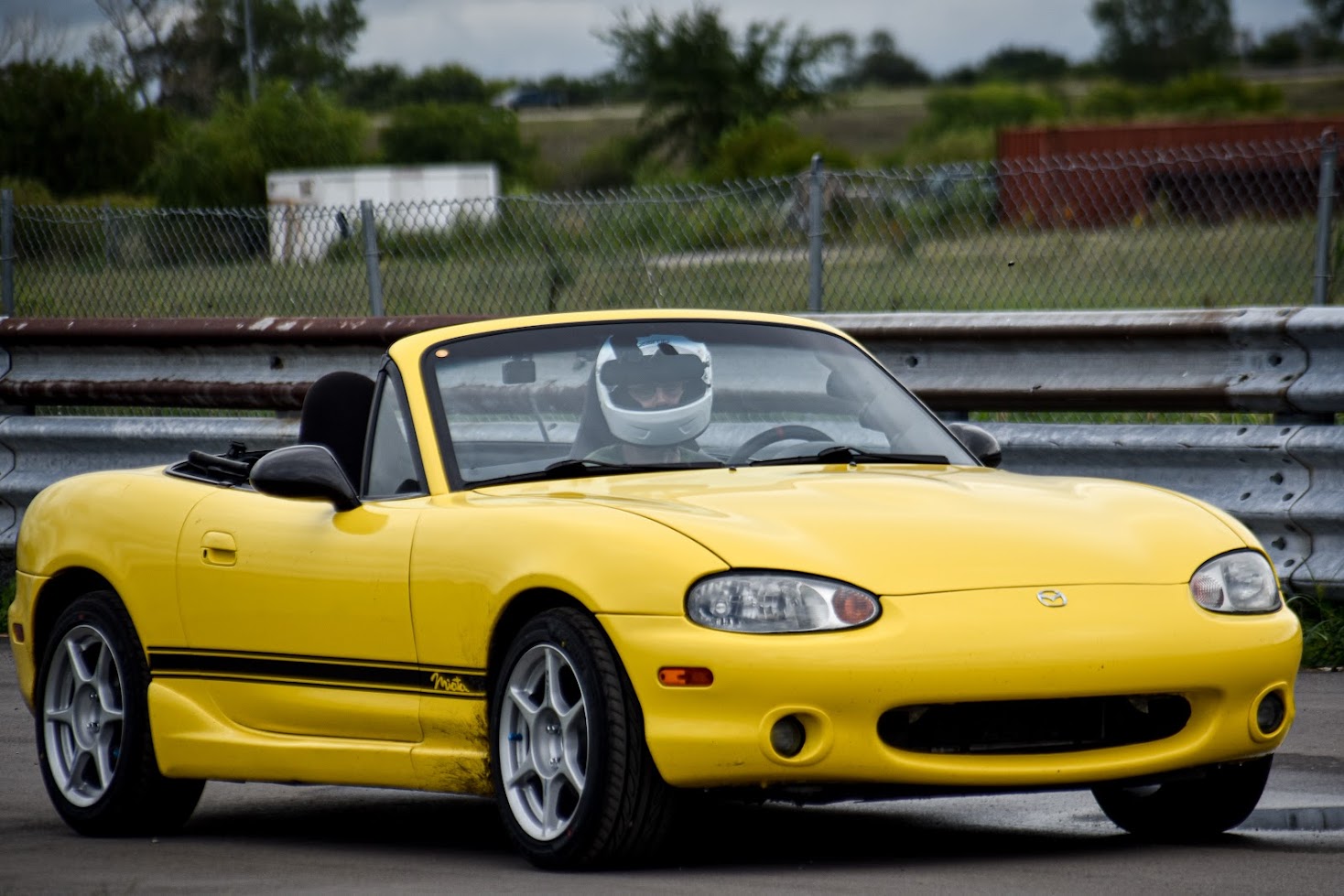 In a previous post I wrote about some of the plans for my NB Miata while it’s put away for the winter. One of the things I wanted to work on was refreshing the suspension That’s what this post is all about. These upgrades include stiffer control arm bushings, replacement hubs/bearings, replacement ball joints, Xida Race coilovers, a Torsen differential, and differential bushings. I wanted to get this done early on in the winter. A lot can go wrong when it comes to potentially rusty suspension components. [Read More] 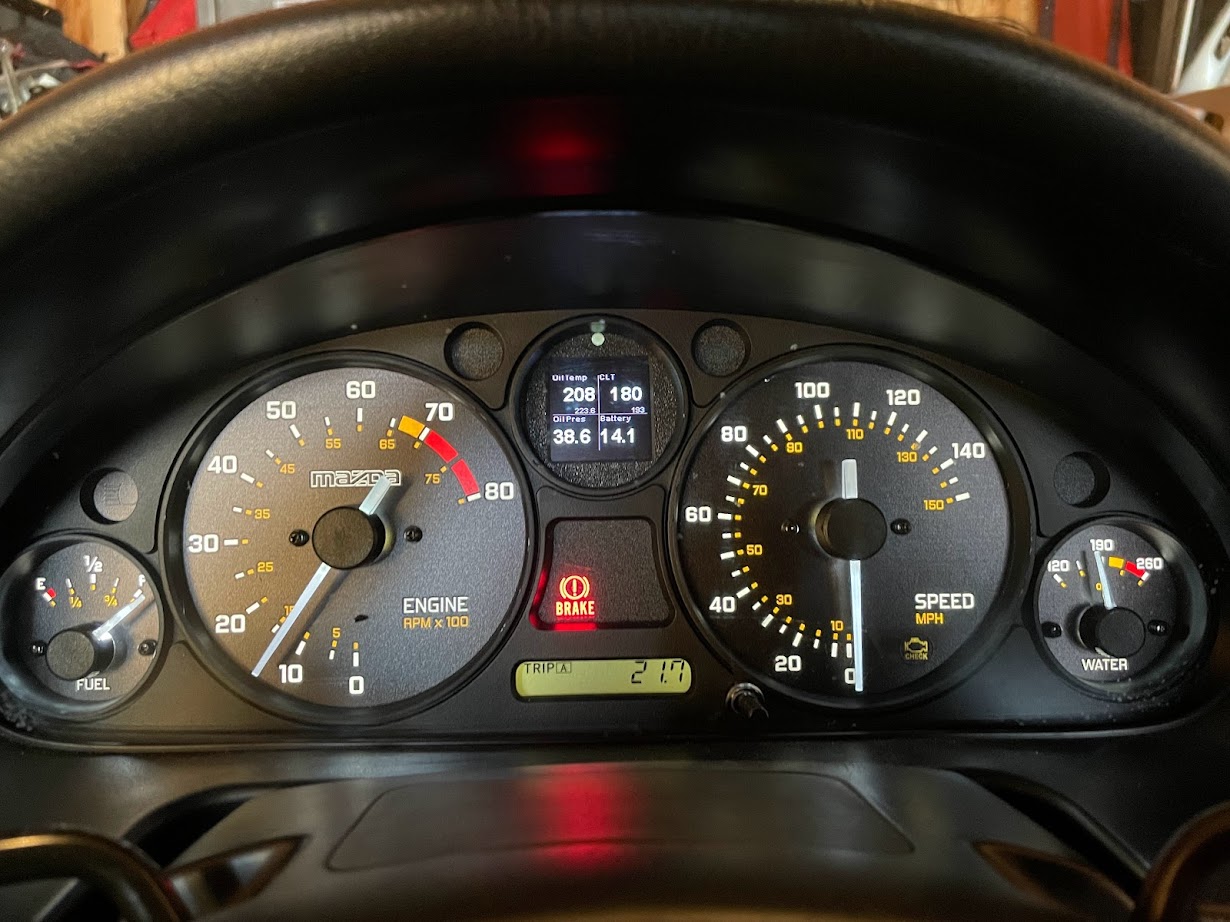 In a previous post I wrote about some of the cosmetic modifications I have done to my NB Miata. One of those modifications was the installation of a triple gauge pod A pillar so I could keep an eye on sensors while driving. It worked well, but there were some aspects that pushed me away from that gauge location. In this post I cover the CANchecked multifunction LCD gauge I replaced my gauge pod with, along with new RevLimiter gauge faces. 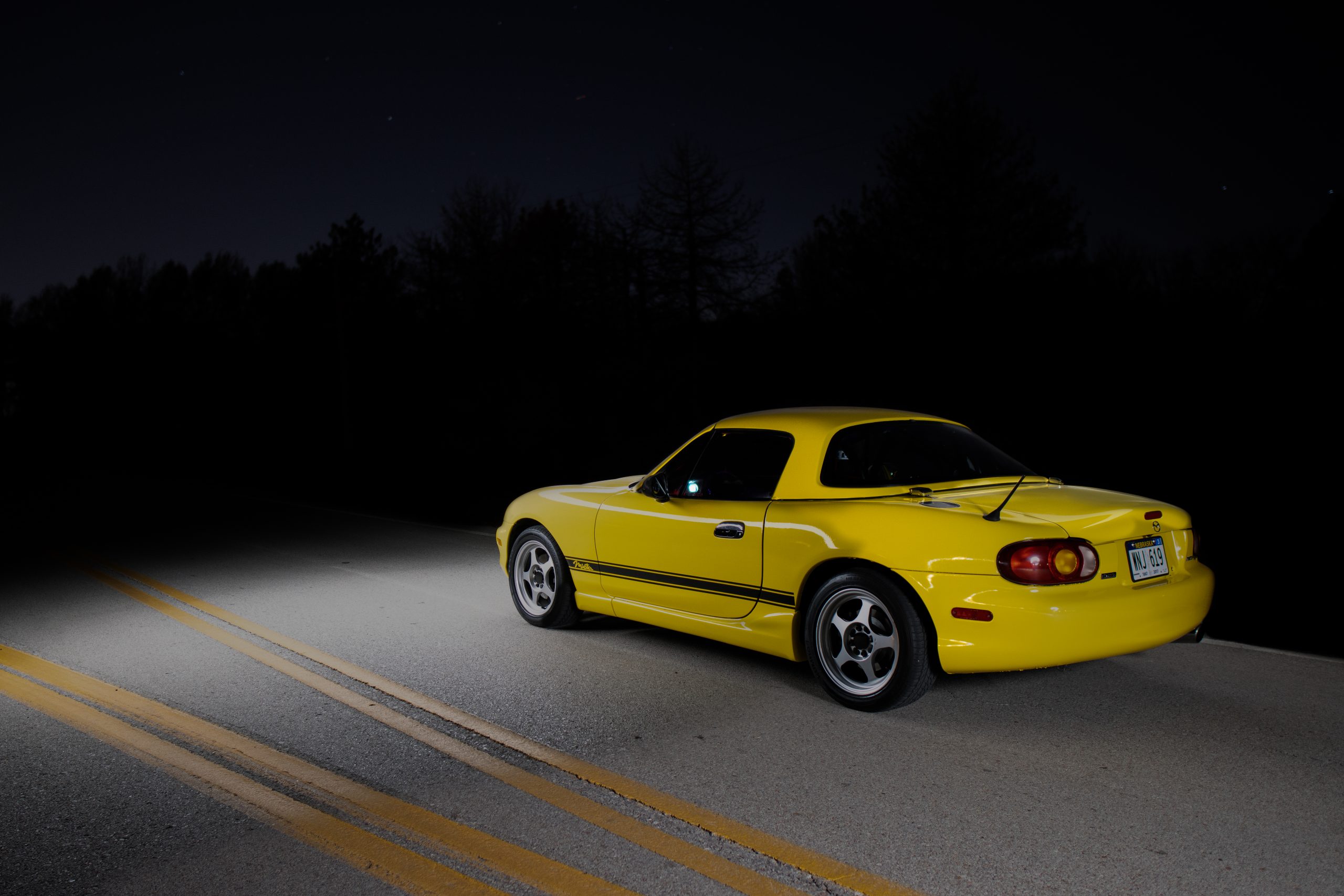 In my last several posts I covered my first six months of ownership of my NB Miata. This post focuses on what my future plans are for my Miata, mostly in the short term (the next six months), but also some thoughts on what I’d like to do longer term.

I had a lot of fun, and have done a lot to my Miata during the first six months of ownership. It has been a great car, and the mods I’ve done so far have already improved the car. My main priority for the next six months is to do what I can to better prepare my car for track days and autocrosses next summer. Things like the braking system, chassis bracing, safety, cooling, and suspension can be improved and allow me to have a better experience racing my Miata. [Read More]